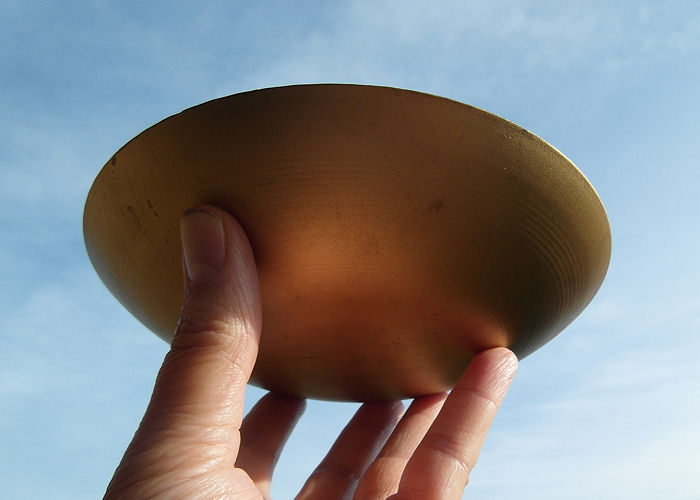 Does God Always Answer Our Prayers?

I have heard it said that, “God always answers our prayers” – it may be a matter of time and it may not always be the answer we hoped for but He does always answer our prayers. I don’t deny the wisdom in this sentiment – we need patience and we must be ready for an answer that may not be the one we’d hoped for – this much is true. However, being a little more accurate in answering this question it must be understood that God does not answer all prayers. The sad truth is that many prayers are never heard by Him in the first place. Why? Surely God can hear everything you say. Well, it may be true that God has the ability to hear everything but that does not at all mean that He does hear everything.

“ …And thy heaven that is over thy head shall be brass, and the earth that is under thee shall be iron.”
[Deu 28:23 NKJV]

“Hello, God, Are you up there? Can you hear me?” If your heaven seems like brass and everything below around you feels like cold, dead iron it may be that your sins have caused a barrier. Be under no illusion, there are times when prayers are not heard! Thank God there is a way that the situation may be remedied. You know the word, you know what to do – repent!

How Soon Can I Expect A Reply?

So, moving on to the more positive aspect of this article… Let’s assume that you are not in a state of unrepentant sin and that God has heard your prayer. Will He respond immediately? The answer is, frequently, yes. The Bible is replete with examples of instantaneous response to prayer. Answers about: what to do, where to go, what to say, how to act, miracles, healings, demonstrations of God’s living presence and abundant help in our times of need. Such answers have been given to kings, priests, prophets and frequently to very ordinary people – just like me and you. The instances are so numerous that I do not know where to begin and where to end so I simply won’t start to offer any examples for this on this occasion. What I do want to do instead is look at a few biblical excerpts that have something else in common  – delayed response to prayer. I have three in mind; there are doubtless many others but these three have arisen recently in conversation and during some meetings. Pieced together they give us some great encouragement.

Daniel was a man loved of God and a man of intense prayer. He loved his God and his nation and whilst in exile in Babylon, not for personal sin but because of the sins of the nation, he sought God with all his heart and soul. One time he was seeking God, with fasting, and he saw visions and an angel, a messenger from God, who came to speak with him. This is what happened next…

“Suddenly, a hand touched me, which made me tremble on my knees and on the palms of my hands. And he said to me, “O Daniel, man greatly beloved, understand the words that I speak to you, and stand upright, for I have now been sent to you.” While he was speaking this word to me, I stood trembling. Then he said to me, “Do not fear, Daniel, for from the first day that you set your heart to understand, and to humble yourself before your God, your words were heard; and I have come because of your words. But the prince of the kingdom of Persia withstood me twenty-one days; and behold, Michael, one of the chief princes, came to help me, for I had been left alone there with the kings of Persia. Now I have come to make you understand what will happen to your people in the latter days, for the vision refers to many days yet to come”
[Dan 10:10-14 NKJV]

Did you see how long it took for Daniel’s prayer to be heard in the throne room of God? It was heard on day one. It seems also that an answer was dispatched in instant response too. The messenger given the task of responding to Daniel’s questions (he sought “understanding” on this occasion) was a mighty angel – probably Gabriel in my opinion (see also Chapter 9). So, when did he receive the answer to his question? It was delayed by twenty one days. It appears that Gabriel, Michael and Lucifer (whom I would understand to be meant by “the prince of the kingdom of Persia”) were locked in some heavenly, strategic battle. This mighty struggle was probably caused by this mere human being, Daniel, because his prayers were so meaningful and so in tune with God’s plans.

This whole scene could certainly be explored and no doubt I have speculated enough already but we should at the very least see from this three very important things:

Most Christians are familiar with the concept of our ‘direct access’ to the throne of God. This is a wonderful truth but we should still understand that God does not always personally, directly answer us in every matter. He has many messengers and as children of God our lives are beautifully and inextricably bound with other brothers, sisters and with angels!

We saw from Daniel that the prayers of righteous men (and women of course) can be heard in an instant and answers may be sent straight away, albeit the response may not always reach us  instantly. What can we learn from this next instance? It concerns another God-fearing and generously loving man:

“There was a certain man in Caesarea called Cornelius, a centurion of what was called the Italian Regiment, a devout man and one who feared God with all his household, who gave alms generously to the people, and prayed to God always. About the ninth hour of the day he saw clearly in a vision an angel of God coming in and saying to him, “Cornelius!” And when he observed him, he was afraid, and said, “What is it, lord?” So he said to him, “Your prayers and your alms have come up for a memorial before God.”
[Act 10:1-4 NKJV]

How about that! It seemed that Cornelius, a Gentile, but none-the-less a great respecter of God, had been praying to God (the right one!) and giving alms generously for some time. He must have had a confidence and inner witness that he wasn’t wasting his time. He knew God was real. Did he also know that God is “a rewarder of those who diligently seek him”? I don’t know but I am quite sure that his prayers and alms-giving were all done of a genuine and sincere motive.

I don’t know if, how and when any of his prayers were answered in the past but at this time it would appear that they were cumulatively presented before the throne of God. Now, we must understand that whilst we have hopes, desires and requests that God also has a few plans of His own. It was right now that The Sovereign Lord of heaven and earth was planning to bring the good news of Jesus Christ into the Gentile world. I can almost imagine the scene in heaven… The Lord said, now the time has come  to reveal the next part of my plan to save sinners from every kindred, tribe and nation. And so an angel came before The Lord and said, “Please. Oh Lord, be pleased to accept the prayers of Cornelius,” and the scent of his prayers ascended before the throne of God as fine incense.   And so The Lord replied and said, “Let this man be the first.’”

Well, I only imagine the scene and the words above but the plain text tells me that our prayers are kept in heaven and in the fullness of time they may be presented and accepted before the throne of His grace. This is just one reason why we “ought always to pray and not to give up.” Our past  prayers may yet be accumulating, even the ones we’ve forgotten may yet come up as a memorial before The Lord!

At the start of this article I mentioned two questions, which are frequently asked: Will God answer my prayers? When will God answer my prayers? Of course we may also ask, How will God answer my prayers? And doubtless many other thoughts we may have about prayer. But I wonder if you ever thought, or asked: “Where are my prayers!?” As we considered Cornelius’ prayers (and alms) “coming up for a memorial before God” this final thought is just a natural extension to Cornelius’ story – and ours. How and where were all these previously prayed prayers being stored up? We know that his alms-giving was being recorded in heaven. We are told in The Book of Revelation that deeds on earth are written in books in heaven and so we are also shown in Revelation that prayers are being stored up.

In a recent meeting we sang a lovely old hymn which starts:

With harps and with vials, there stand a great throng
In the presence of Jesus, and sing this new song:
Unto Him who hath loved us and washed us from sin,
Unto Him be the glory forever, Amen.

The question was asked, “What are vials?” The answer lies in the Old King James Version of the Bible, clearly this hymn was based on the very scene described in Revelation chapter 5:

And when he had taken the book, the four beasts and four and twenty elders fell down before the Lamb, having every one of them harps, and golden vials (bowls) full of odours (incense), which are the prayers of saints.
[Rev 5:8 KJV – words in parenthesis added]

Modern English translations all translate “vials” as “bowls” and “odours” as “incense”. Anyhow, isn’t that a lovely thought? Isn’t it a tremendous comfort to us to know that our prayers are so precious to God. Even ones we offered to Him long ago. The ones you think may have been forgotten or overlooked or never found their way into our Father’s presence. Even as our tears are being kept in His bottle, our prayers are kept just as preciously – in golden bowls. We honestly do not know when our prayers may come before God and we do not know how or when His answer will arrive but we should all be encouraged to continue earnestly in prayer and look for His wonderful salvation.